What are some of the best easy and quick punk rock hairstyles today? That’s a great question! Your top priority should be to find a style that works best with your hair type and facial structure. Short punk hairstyles are usually the way to go since punk hair is best known for its choppy texture. However, the best way to find the style that works best for you is to experiment with popular styles until you find the one that suits you best.

From Mohawks to half-shaved styles, these are the six best short punk hairstyles for women.

The Mohawk punk style is one of the most iconic punk rock looks. While the iconic style first became popular among male punk rock artists, this radical style has become more popular among women as the boundaries on hair and gender have become a hot topic. Famous artists have frequently sported the punk haircut, including Rihanna, Emeli Sande, Ke$ha, and Demi Moore.

Traditional Mohawks are characterized by spiky hair at the crown with the sides shaved very close to the head. After a haircut, you’ll need to use gel or mousse to maintain the spiked style. Mohawks are also one of the best short haircuts to add a funky color.

A fauxhawk is a fantastic choice for women who want to rock an edgier look without committing to the daring Mohawk. These two styles are similar and commonly confused for one another. Like the Mohawk, the fauxhawk features long hair in the middle of the head with the sides shaved down. However, unlike the Mohawk, fauxhawks have lengthier, blended sides, and the middle layers aren’t as spiky. A clear benefit is that it’s easier to maintain over the Mohawk as it doesn’t require as much gel or mousse. Additionally, fauxhawks are great for women who have thick hair. Several celebrities have embraced this bold, short punk hair, including Miley Cyrus, Pink, Julianne Hough, and Tilda Swinton.

If you’re looking for simple, short hair, the pixie haircut may be right for you. This punk style is easy to maintain, letting you look good even when you don’t have much time to spend on your hair. With a pixie cut, your hair will be cropped shorter to your head and face in layers, giving a tousled effect. These haircuts work well with most face shapes and hair colors. The pixie cut has become a signature look for many female celebrities, including Jennifer Lawrence, Scarlett Johansson, Anna Hathaway, and Katy Perry.

A list of the best punk short haircuts for women wouldn’t be complete without the bob cut. Bob cuts are short to medium-length hairstyles that first became popular in the early 1900s but gained more traction after being sported by famous actresses like Cameron Diaz, Natalie Portman, and Emma Roberts. Classic bob cuts are usually chin-length, parted in the center or side of the scalp, and incorporate the bangs into the style. Typically, these cuts are used with straight hair, but many modern bob-cut styles involve curly or wavy bob cuts. Some of the most significant advantages of a bob cut are its simplicity and low maintenance. 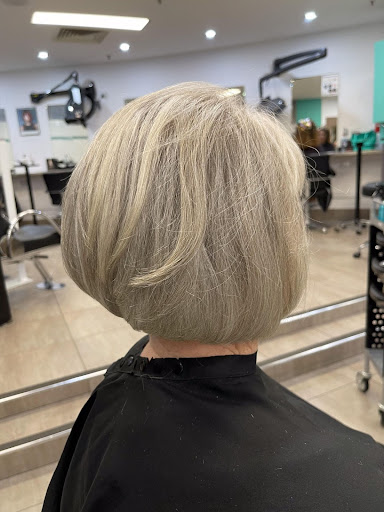 Short punk haircuts for women are all about bold self-expression, and the half-shaved head style is no different. This haircut has been trending more recently after being rocked by actresses like Sophie Turner and Natalie Dormer. Not only is this look easy to manage, but you can have short or long hair to pull it off. This hairstyle is precisely what the name implies. Half of the head is shaved down, and may sometimes involve intricate patterns against the scalp using the left behind, shorter hair. Like most punk rock hairstyles, you can add color or leave as is.

Another excellent simple, punk short haircut is the concave. While the concave is similar to the bob cut, this hairstyle is longer in the front than the back. Instead of the classic bob cut, shoulder-length hairstyle, the conclave follows your jawline, with the most extended front-most pieces falling to about jaw length or a little longer. Layers are also often incorporated in this cut for women who desire more significant volume. The concave has become trendy in recent years after being popularized by some of the most recognizable celebrity women, including Taylor Swift, Jenny McCarthy, Barbie Ferreira, and Hailey Bieber. 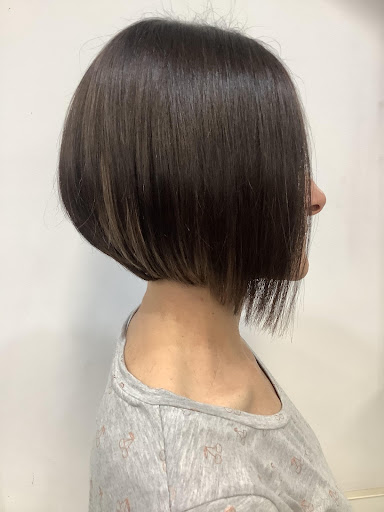 While short punk haircuts for women have evolved over the decades, they’ve never gone out of style. Today, punk hairstyles are more popular than ever among women. We love these cuts, and we’re sure you’ll love them too.

Want to rock one of the most trending punk short haircuts for women? We’ve got you covered. Contact us or visit one of our salons today.